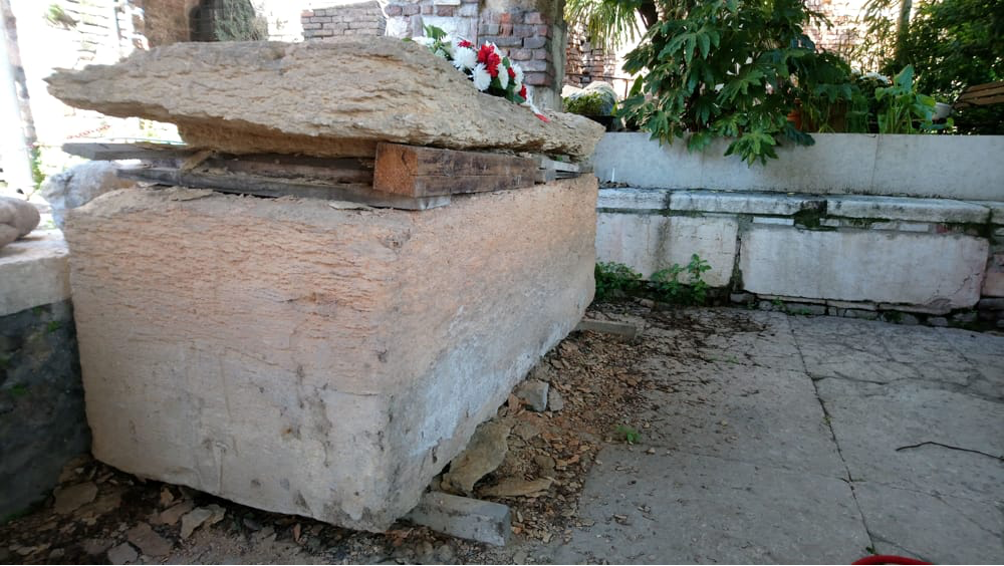 On Saturday 21 April the results of the studies on the presence in the cloister of the church of San Fermo Maggiore of a sarcophagus in which the master Arnau de Torroja may have been buried will be presented.

On Saturday 21 April, the results of archival, archaeological and historical studies on the presence of the Templars in Verona will be officially presented, as well as the first results of the scientific analyzes carried out on the finds found in a sarcophagus kept in the cloister of the church of San Fermo Maggiore.

The importance of the event is given by the fact that the sarcophagus could be the only tomb in the world attributable to a Master General of the Temple, Arnau de Torroja . One of the reasons that would lead to this identification, among others, is the particular and very clear reproduction of the cross, engraved on one of the two short sides of the sarcophagus made of Veronese stone. The cross also features a stylized sword in the lower arm. A symbolism traditionally attributed to the General Masters. Of the twenty-three Masters who led the Templar order, only one died in Verona, Arnau de Torroja. De Torroja was a Templar knight of Catalan origin who died on 30 September 1184, whose burial place has never been found. And all the other burials, made in Paris or in the Holy Land, by the other masters have been lost.

The discovery of the tomb took place several years ago and started a series of researches and analyzes on the sarcophagus to try to frame it historically and to attribute an identity to the deceased. The historical, archival, archaeological and anthropological studies were coordinated by the anthropologist and professor emeritus of the University of Bologna, Monsignor Fiorenzo Facchini together with the archaeologist Giampiero Bagni. The group of scholars is made up of Italian and foreign experts connected with the universities of Bologna, Nottingham Trent and Barcelona.

The conference is organized by the Catholic Templars Association of Italy and by the Scientific Coordination for Research on Religious-Military Orders, together with the Diocesan Art Museum of San Fermo Maggiore and the Diocese of Verona, in collaboration with the Free Association of Templar Researchers. Italians, the Museum of the Beata Vergine di San Luca and the Society for the Study of the Crusades and the Latin East, represented, the latter, by Professor Jonathan Phillips of the Royal Holloway of London and by Professor Nicholas Morton of Nottingham Trent University. The program foresees the opening of the works at 9 in the auditorium of the church of San Fermo Maggiore. In the morning the historical-archival and archaeological session will take place, and from 2.30 pm the conference will enter the heart of the conference which will end with a round table among the various speakers who will summarize the results of the studies and analyzes carried out.