The Templar killed, a thousand-year investigation 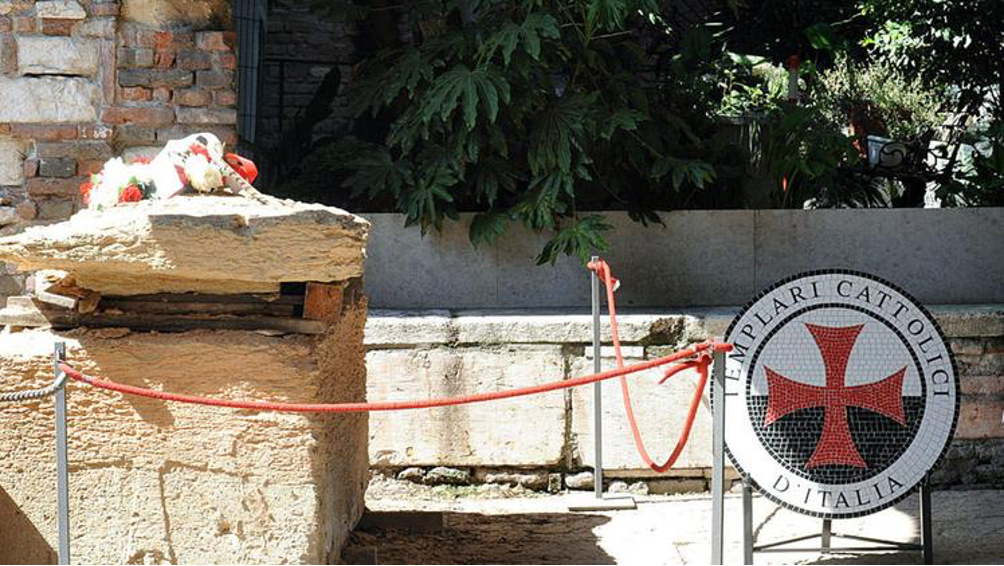 The mystery of the knight who has rested for centuries in the cloister of San Fermo, inside a medieval sarcophagus that could be the only tomb in the world of a high Templar dignitary that survived the damnatio memoriae inflicted by the Church on the ancient order of the Temple has not yet been solved. . The confirmation on the DNA test is expected that the Catholic Templars association of Italy commissioned the experts of the Harvard Medical School, meanwhile the master general Arnau de Torroja, who died in Verona in 1184 and to whom the remains are thought to belong, is al center of the volume Indago Mortis. THE AUTHOR. A historical mystery, fresh from publication by Delmiglio publisher, which was presented yesterday in the Civic library. The author is the Veronese Livio Simone, 49, who is in charge of debt collection for the Solori company (but he is also a reserve officer of the Army Corps of Engineers and served in Lebanon during the Unifil mission), while in his spare time he does historical research and is interested in French light infantry as a reenactor. He has been president of the Napoleonic Association of Italy since 2001, head of the Napoleonic section of the European Historical Reenactment Consortium and vice president of Veneto Storico. For six years he was editor of Ars Historiae magazine and has dozens of articles on the Napoleonic army, as well as four volumes, two of which as co-author. THE INQUIRY. Simone started investigating the Torroja enigma a few years ago, well before the general public learned of its existence. “I was struck by the story of his death, which took place in what many books define as ‘mysterious circumstances'”, he says. “Most likely the aura of mystery is due to the fact that the grand master did not fall on the battlefield, as frequently happened to the knights.” However, the conditions for a crime story are all there. THE PLOT. The story begins in 1186, when the treasurer of the Order of the Poor Knights of the Temple is sent on a mission to the West, from the Holy Land, to shed light on the ambiguous death of the master general. An event looming over the specter of murder by mandate of the patriarch of Jerusalem. In the role of detective we find Gilberto D’Arail, who had been Torroja’s aide-de-camp, when he had not yet become general master, and later will succeed him at the head of the Order. The story takes place over a short period of time, but intertwines with events that really happened, in particular the municipal crisis that intervened precisely in that period and led, thirty years later, to the end of the Scaligeri lordship. At a certain point the Holy Grail emerges and a “historically plausible” track that would place the end of research in the Mantua area. “No esotericism,” assures the author. “The plot is fictional, but it is based on historical data and there is nothing that could not have really happened.” Instead, Simone is cautious about the attribution of the remains of San Fermo. “I wondered where Torroja’s body might be, as the burial has never been found.” THE TOMB One hypothesis is that he was moved to Paris, where the delegation that had accompanied him to Verona moved, another is that he was buried in the city, “but then the most suitable place would have been the Templar church of San Vital. The sarcophagus may have been transferred to San Fermo, however, since it is such an important burial, there would have been some written evidence “. Carbon 14 dated the cenotaph rock, the skeleton and the fabric in which it was wrapped to the Middle Ages. If it is Arnau, this is confirmed by a tooth of the Catalan archbishop Guillem of Torroja, his elder brother, taken from the tomb in the cathedral of Tarragona. • © REPRODUCTION RESERVED